Soul release an update to the classic clothing layered aprons they had created in the past, but never got released before the mesh boom. You can now put them on the compatible mesh bodies that support the Omega system. The belt hosts some tools, so you can roleplay as a blacksmith, if you so choose.

If you do, Noble Creations has a Blacksmith set in their store, which comes with all the things you would need to outfit your workshop with.

Plastik also recently made jewelry boxes, which might be something you would need, depending on what you decide to create with your metals.

While it might be dangerous, given all the sparks you will set flying, you still can’t go wrong with epic man beard. Calico made this one, and I have had so much fun running around in it.

Some of us still prefer to have our own personal look, and not have the face of a million. While mesh heads are lovely, there isn’t as many options for us males of Second Life.

A way to get around this, but keep current to the SL trends, it to wear mesh parts, which allow for the customization of the default male head.

Soul helps us with this, with their line of mesh mouths. The Kissers have a strong following with the ladies of the grid, but until recently, not as many males. This was due to lack of options, but never fear, Soul has heard your pleas, and have a bunch of new Kissers options at the current round of We ❤ Roleplay.

I am wearing the Eros Vampire Kisser. There is also an Orc and Open Mouth Kissers(sold individually) at the event. The Kissers recently had a huge update, with many changes to their system. They are now functioning fully on the Omega Script System, as well as accent layers in the hud, which allow you to add additional elements to your Kisser. There are many more little features to this update, so please read about it all HERE, on the Official Site.

Now, I normally don’t doctor my photos, I try to take the best inworld shots I can, and this has worked for me for many years. Today I did do a bit of playing, and I need to talk about it. You can see this wonderful tattoo on my face. It is from Fallen Gods Inc, and is called Hades.

Now here is the thing, while it does have the Omega Applier, I don’t think it was meant to work with the Kissers. I couldn’t get it to work, it might be that the applier is only meant for the torso, or mesh heads that have a tattoo layer. I have to admit to not using the Omega system all that often, so I could have bungled it up.

I really wanted to wear the tattoo with this outfit, for these shots, so I doctored in the missing lines, over my Kissers mouth. You can see in the first shot, I did not do any doctoring, so there is a whole section to the tattoo missing. I just didn’t want to do any false advertising. So both products work wonderfully, just not how I have styled them. The most likely cause of this is that the newest update to the Kissers has it’s own Omega Supported System, which people have to pick up a creators kit for. So the Kissers, though they use Omega, still are a little different than the general Omega scripts. 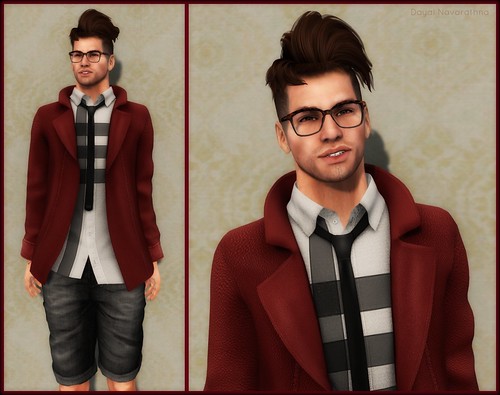 See the credits on Free*Style

Soul lost in thought of centuries past
Mourning family and loved ones long gone
Inescapable bitterness of immortality
Kingdoms rise and fall, man toils on
Generation by generation
To what end? A purpose defined by mortal confines
Escapes the grasp of a timeless mind
Thinking weakened by bloodlust
The delicate balancing act of sanity

In a small cave of the Glacier, underneath the machines and an Northern Lights, a Young Fae seeks knowledge of Unweaver. While it is hard for his type of magic to work here, in this place of little nature, he taps into what he trails he can.

He was on his was to The Gathering, a right of passage for young Fae, when they want to find their place in mound. Now, crossing a mound is normally an instant thing, but during his transition, he got ripped out and dropped into this wintery world. He always had the knowledge that there were different plains, where different creatures lived, such as the Human realms. He never expected to arrive at one while still untried.

For 1000 moons he has been stuck in this frozen place, his own magic taking on elements of the surrounds, infusing it within him, so he could better adapt. With so little Flora to help him regenerate the little magic of his own, he started to tap into the Fauna of the area. This has lead to him acquiring different senses, and after a few years, he now has the ability to speak in animal tongues.

While this all has helped with his survival, it does not help with his situation. He is too young and weak, to bridge into his own world. the closest thing to a mound he has is a little cave of frostshrooms.

What he has gathered from above, in the city below the aurora, is that a very powerful being cast this plain into an ice age. Why, no one seems to know.

Two separate factions have evolved, lead here by the power of the Aurora, hoping that they can tap into it’s natural source, and find the mystery to unraveling this glacial curse.

There are also talks of Heros, from other dimensions, being a key part to unlocking these lands of it’s heavy binds. Due to this, he has stayed hidden, not wanting to be brought into the midst of the humans. One faction is more akin to his own people, dipping into the shimmering steams of natural magic, but the other, they are more experimentative. Most human cannot see the Fae, unless they want to be seen anyway, but he has stayed cautious, just in case.

His one small piece of hope is the hearthstone he keeps in a pendant, woven out of the finest mythril by his mother, which was spellforged by his father. When he starts to lose hope, it throbs and glows, warming both him and his soul. The magic of his home will never cease to find him, and one day, he knows he will be reunited. Until then, he will be a silent guardian, keeping the glacier safe, so that the humans can have their time to find answers, no matter how long it takes. 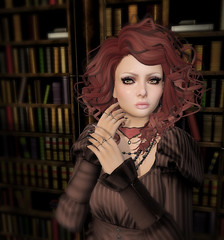 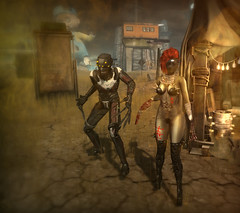 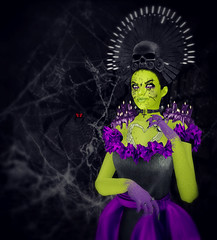 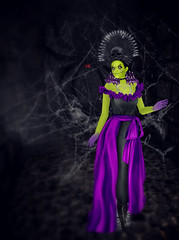