***Update – Fantasy Cream has been extended for a week. It no longer ends on Sept. 30th. Enjoy the Extended Shopping!***

On this week’s Monday Eyeful, I slipped on down to The Dressing Room, as soon as I saw these eyes. In my everyday, I normally have more unnatural eyes, but I do have a need for realistic ones from time to time, and these ones look beautiful.

I was pleasantly surprised to find out that I was getting multiple eyes in one pack, rather than just a single.

They are priced L$70 for a pack of 5. You get the whole strip going down. System and Mesh versions are included in each pack.

Additionally, I am wearing the new outfit from Jinx’s Fantasy line, called Hosten Fae, which is a new exclusive for Fantasy Cream. The event ends on Spet. 30th, so hurry on quick and pop in. There is a little hunt going on as well, and you can pick up a very cute leaf typer, which matches this outfit. 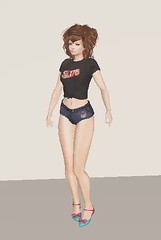 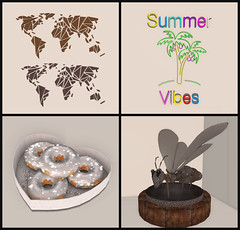 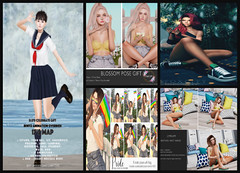 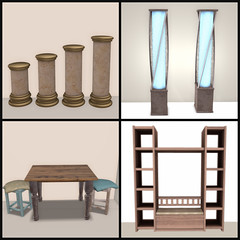