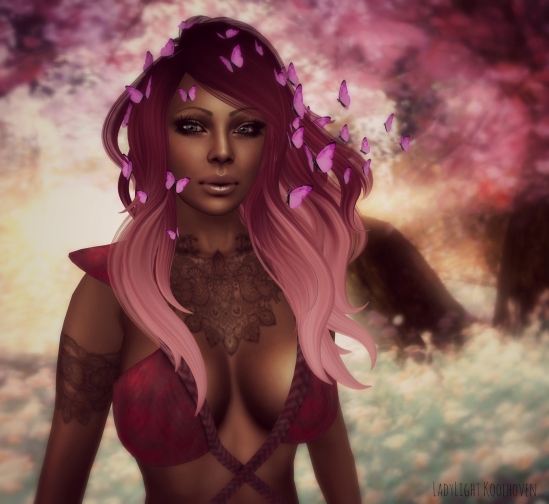 Today is the first day of Skin Fair 2016, and you can be sure I will be bringing you some awesome coverage for all us dark skinned avis.

Jumo has a new skin line called Devon, which comes on a series of 9 tones. I am very happy with how the skin fit my shape, but if you purchase a tone, you do receive a shape created specifically for the skin. 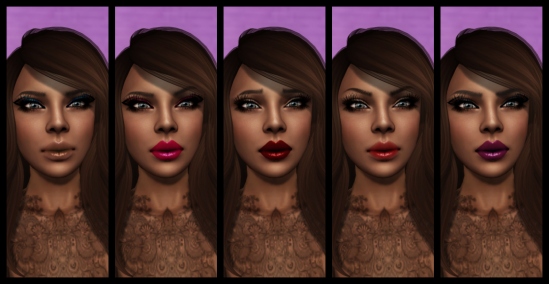 You also get a plethora of Lipsticks in each skin pack, but the Candy Lips(Far left shot and 2nd to the right shot) can be purchased separately. They come with Default Tattoo Layers as well as TMP Makeup Appliers.

The Expressive Eyebrows as also in each skin pack, but if they are something that interests you, you can get them separately as well. They come with Default Tattoo Layers as well as TMP Makeup Appliers.

Worn throughout the post is the new Lee hair by Wasabi Pills, which you can find at Hairology, which just opened, and is running until March 30th.

Routine daily, lost inside completely
Burning flame, flowing like rain
Still night outside, filled emotions inside
I saw it, the MoonLight

Keep this to me, or let the world see
How it feels, desire to love
Her heart, the pure secret
Yes, now I see it, the MoonLight

Random awesome pic I took, whilst playing with my water settings again.

I was playing around with some of my older hairstyles today, as I have had more than a few requests come in lately, asking for them. While putting my new hair textures on some(which will be launched at Hair Fair 2015), I decided it was time for a look.

I ended up transforming into this beauty.

Plastik has been releasing like mad lately. This dress is one of 3 new releases in the mainstore right now. As with all Plastik items, there are a bunch of colours/patterns to choose from.

View the New Releases at the stores Official Site HERE. 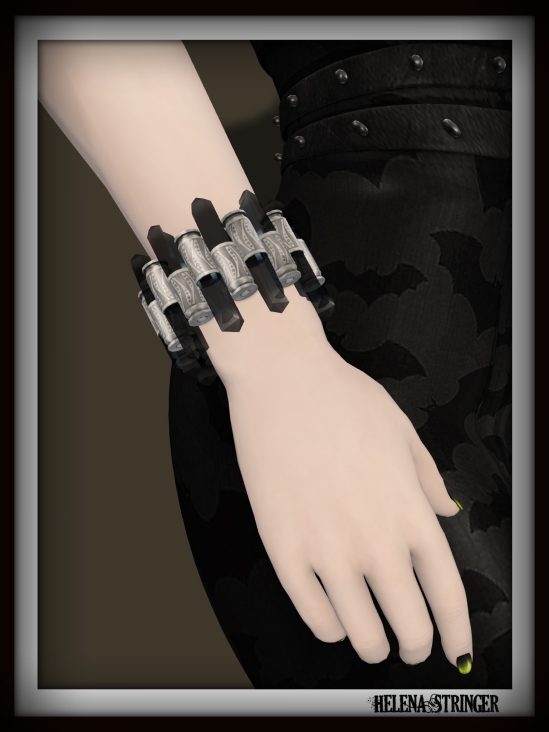 This bracelet is also from Plastik, part of a larger jewelry set, which is being sold at this round of Secret Affair. The set is called Mystic Shot, and the various pieces are comprised of Bullet Cartridges with Crystals in them. I can only imagine when they have been spelled with, and what you would have to use them against. These also come in various colours, sold separately, and each pack has 3 metals included.

See the Seraphim Gallery for more info, and view pictures of all the other product available at the event.

Due to my blogging nature on Free*Style, it is sometimes hard NOT to blog free items, haha. So there will be some bleeding over here from time to time. This bracelet is a free gift from Sn@tch, at the Skin Fair. It is a matching set, so there is one for each wrist.

I decided to go to the Cosmopolitan Sales round this month. There are just so many events now, it is not possible for me to get to them all. I actually went for something else, but saw these boots, and had to have them. They have a texture change hud, so you can change the leathers/patterns, as well as the soles, giving you a wide range of possibilities.

View more about this event, and current round, at their Main Site HERE.

Finally, because I wont stop until the event is done, we got Skin Fair stuff on too! These makeups are from Senzafine. They are new, each pack comes with 6 colours, and the Eyeliner Packs have matching Lip Packs. I just did some mixed combos, so you could see a few of the colours.

If you would like to see some more of the colours, or just the packs in general, please visit the Flickr Link HERE, all the Skin Fair packs are at the top.

The Eyes worn throughout the post are a new, mainstore release from Chop Shop. They are called Jaded and are a more realistic styled eye. There are 2 sizes per colouration, in the purchasable packs. The middle me has the smaller size on, the 2 outer mes have the larger size.

View the other colourations HERE.

Poses used in this post are from Kirin, !Bang, Diesel Works and Exposure

*Note* I am going to add a Pose Page up top, sometime in the next few days, so I don’t have to link to the stores I commonly use, per post. I will add names, but if you need to find locations, just go to the pose page, it is easier for all that way. 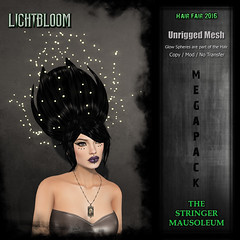 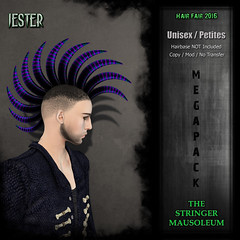 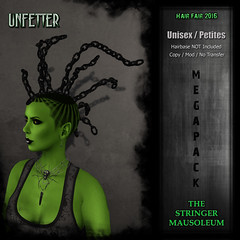 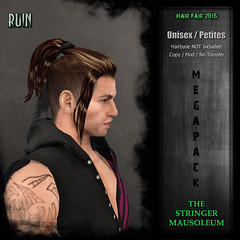 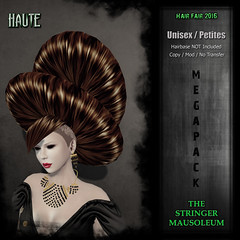